Voters may have passed Proposition 64 in November by wide margins, but Californians can’t buy their recreational pot just yet.

Proposition 64 gives those 21 and older the legal right to possess, consume and cultivate the plant, but it does not outline a plan for how people can legally purchase it, leaving users in a gray area until decisions are made.

Santa Ana is leading the county in updating its current marijuana laws to prepare for Jan. 1, 2018, when the state will release its full regulations and permitting policies.

City Council passed an ordinance in January that banned the outdoor and commercial cultivation of marijuana within city limits.

“Staff is currently doing prep work in order to help facilitate the city council and provide options for them to consider but no [other] decision has been made at this point in time,” Santa Ana City Manager Robert Cortez said.

According to Prop 64, medical marijuana dispensaries may be allowed to apply for recreational sales if they so choose.

The law now allows for the cultivation of up to six plants at a private residence. Cortez said the city wants to ensure there are certain requirements met for those who want to grow at home, including compliance with fire codes and not having plants be visible from the street.

“There could be some potential issues that arise, some nuisance calls that may come from neighbors complaining to our police department or potentially our code enforcement,” said Cortez. “There may be an uptick. There may not be. It’s still kind of a wait and see at this point in time.”

Other legislators have been scrambling to craft proper regulations for the cultivation, sale and purchase of the drug within their jurisdicti 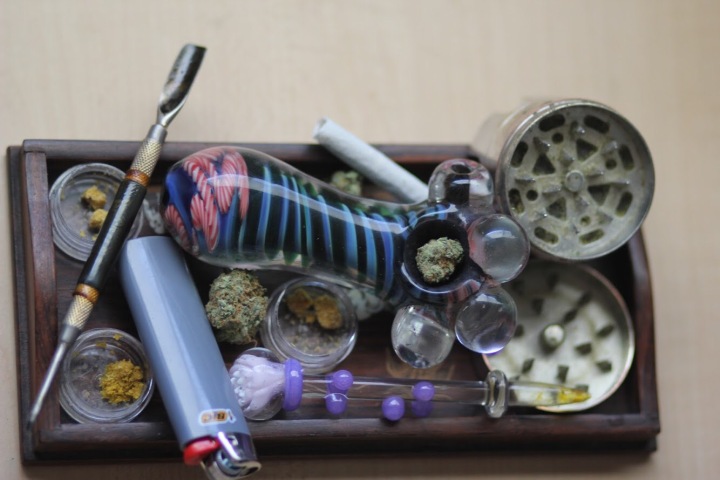 California officials say they are unhindered by the Trump administration’s threat to enforce the federal marijuana ban in states that allow recreational use.

“We really haven’t seen any formal plan of action from the federal government, so in the meantime we’re going to keep doing the work we’ve been tasked with,” said Alex Traverso, chief of communications for the Bureau of Medical Cannabis Regulation, which is responsible for formulating the rules under which marijuana retailers, distributors, micro businesses and testing labs operate.

“We have an aggressive timeline and we can’t afford to keep our eye off the ball.”

The Orange County Board of Supervisors formed a committee earlier this year to help advise on possible policies for regulating and policing marijuana cultivation and sales on unincorporated land.

At a January meeting, some board members suggested not making any decisions until the federal government takes an official stance on states that allow recreational use. The board has not revisited the topic since.

“I support legalization because I believe that it is a person’s decision and that federal government should not interfere with that,” said SAC sophomore Nick Thode.

All marijuana use remains illegal on Santa Ana College’s campus.

The Rancho Santiago Canyon Community College District has not updated its marijuana policy since legalization in November, but Trustee Phillip Yarbrough said it is definitely a topic the board will need to revisit.

“We have an alcohol policy — its barred. We have a policy that bans smoking on campus. We have a no-drug policy,” he said. “[But] we definitely have to re-look at this.”

Whether or not they voted in favor of Prop 64, Santa Ana College students, in an informal poll, expressed opposition to allowing recreational marijuana use on campus.

“I do not think smoking on campus is positive or driving while under the influence, but I do think it is okay if they do it in the privacy of their own homes,” SAC sophomore Samantha Gutierrez said.

Traverso, of the Bureau of Medical Cannabis Regulation, expects tentative state regulations to be released for public comment in the next month.

“At the end of the day, our goal is to establish statewide standards that protect consumers, the environment and public safety,” Traverso commented.